Tens of thousands of businesses are currently struggling to control their costs in these financially challenging times, and they need help.

As trusted independent advisors offering business strategy, cost reduction and process optimisation solutions to improve cash flow, our services are in high demand, now more than ever before.

ERA is on a mission

Our mission is to support as many of these businesses as we can, helping them to survive and recover from the current global recession.

Based on figures from the 2008/9 recession, the demand for our service is now likely to double. To manage this high increase effectively, we need to grow.

This is where you come in

You can combine your knowledge and experience, whatever your career background, with our 10-step methodology to build your own ERA consultancy business under one of our franchise licenses with the support of a global network and 700+ ERA consultants based in over 40 countries.

ERA was designed for challenging times and as an established franchise system with over 28 years operating experience we know how to build a recession resistant business that has the potential to generate you an income greater than you can ever achieve as an employee.

Through our world class Training Academy we teach you to become a fully rounded ERA consultant, during the initial 2 week training session, after which point you are ready to approach clients with our attractive “No Savings, No Fee” business proposal.

We then continue your development over the next 18 months with ongoing support from our Academy and by utilising experienced coaches to help you build your business, work in collaboration with other ERA franchisees and support your clients effectively.

To be contacted with further information or book a Discovery Day with ERA UK please use the contact form on the right hand side of the page and ERA UK will be back in touch with you shortly.

A powerful boost to your first 12 months

During your first 12 months our dedicated, in-house marketing team will assist you in creating and delivering bespoke marketing campaigns helping you to generate leads & 1st meetings with prospects through our Power Assist program.

You don’t have to be an analyst to join ERA

When people think of cost optimisation they often associate the term with accountants and consultants when the reality, in ERA, is very different. Our franchisees have a broad depth of experience with experience in areas such as sales & marketing backgrounds through to procurement, engineering, financial, project management and of course general management. Their combine their individual expertise together to generate create and implement effective solutions for their clients.

In fact, the key skills that we believe individuals should have in order to join ERA are highly evolved communication skills, a collaborative mindset and the ability to form long lasting relationships.

A Proven methodology and systems for cost reduction

“No Savings – No Fee” business proposal

Operate your business from home or an office

A global network of more than 700 business consultants

Here’s what current ERA UK Franchise Partners have to say: 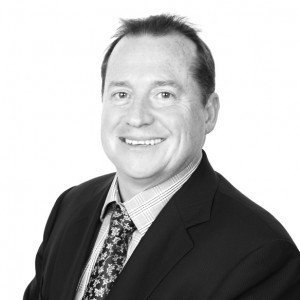 “I never really wanted my own business but now I could never go back to employment. It’s changed my life in so many positive ways. Financially it’s very rewarding. I was pleased to win the highest earner again at £485,000 in 2017. But it’s not just about the money. It’s about culture, lifestyle, being your own boss and the freedom and flexibility to steer the ship in whatever direction I want. That means an awful lot to me.” 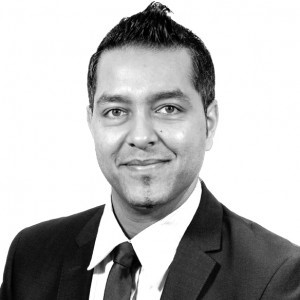 “It’s fair to say the business is better than we could have imagined. Over the last 10 years, my wife and I have built our ERA UK franchise into a highly profitable and rewarding business which has been recognised along with the highest earners in ERA UK. We now have three full time members of staff and have no plans to slow down our growth!” 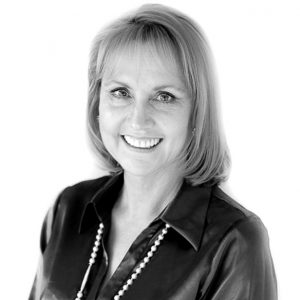 “After 10 years, my business continues to exceed expectations. I enjoy the best of both worlds in terms of earnings and lifestyle and on top of that, feel an enormous sense of pride and satisfaction in my work – what more could you ask for?” 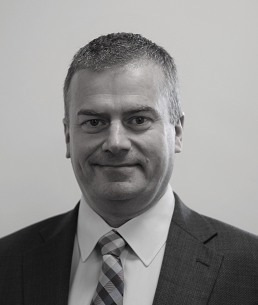 The best of both worlds with ERA

Since launching his Expense Reduction Analysts (ERA) franchise just three months ago, 49-year-old David Ramm has already achieved his first lifestyle goals: Christmas at home with his family. In fact, after a career in retail, 2018 marked David’s first full Christmas break in over 27 years. A self-proclaimed ‘people-person’, he’s now making the most of his natural flair for networking and has a diary packed with meetings. With the support of the ERA team, David is looking forward to a rewarding new chapter in his life.

“I’m excited for what the future holds. Being in control of your own destiny is very empowering. One of the big motivators for me was always a better work-life balance so, to be able to have Christmas at home with my wife and children was, quite frankly, a joy. My process-driven mentality is well suited to the franchise; I’ve made the effort to hit the ground running and it’s paying off – the appointments are coming in. I’ve always liked to achieve more than I set out to. My business plan shows three clients in year one… I’m going for five!”

David’s retail career began in 1991 when, aged 22, he joined high-end supermarket chain, Booths. Securing a place on the Management Training Scheme, he progressed through the ranks, securing increasingly senior positions throughout the north of England. David’s knowledge and experience across the Booths estate earned him the respect and recognition of the company directors. In 2016, he was asked to lead a turnaround project and improve KPIs in one of the chain’s largest stores. Keen to honour the faith that had been placed in him, David accepted.

Notwithstanding his commitment to the change-management project, David had always harboured a dream – to be his own boss. There was just one problem: he never considered himself the type of person to go it alone. In June 2015, David accompanied a friend to The British Franchise Exhibition in Manchester where he met ERA. And the rest, as they say, is history!

“We went to the franchise show just to see what sort of opportunities were out there. I’d looked through the show guide in advance and made a list of brands that I wanted to see. I discounted several very quickly but everything about ERA screamed quality and professionalism; the stand, the imagery the marketing material, not to mention the people themselves. I spoke to Matt O’Neil and his team for quite some time and I never once felt like I was being sold to.

“I’d always wanted to be my own boss but I’m not someone who could set up a business from scratch, so a franchise suited me down to the ground. I knew that with the training, the support and the network, I could make a success of it. With my work commitments, the timing wasn’t right, but from that point on, ERA felt like the way forwards.”

David kept in touch with the ERA team over the next few years, during which time, his lack of work-life balance became increasingly difficult to bear. In the summer of 2018, David read about ERA UK’s buyout by its European division and decided it was make-or-break time!

“The long hours, lack of flexibility and the stress of my role left me constantly questioning my future. I reached a point where I felt that for my own sake and my family’s, I needed to make a change. Yes, it took a long time to make the leap and join ERA, but they never pressured me. Matt said to me, time and again, ‘of course we would like you to join us, but only when it’s right for you’.”

After signing his all-important franchise agreement, David embarked on ERA’s foundational training and start-up programme. The tailored, three-step course is designed to provide new Franchise Partners with the information and skills necessary to make a success of their new business. This is followed by an 18-month business start-up programme which provides the ongoing support and motivation to succeed.

“The training was good, and it was nice to meet other new members of the network from the UK and Europe. I’ve still got three days of advanced training to come which I’m looking forward to. There’s so much to take in that you’re bound to have knowledge gaps – it’s inevitable. That’s where the support comes in. I have a fortnightly call with my Performance Development Manager and he’s always at the end of an email or text message for anything I need.

“For me, the most valuable part of the support system is the Mentor Programme. I was assigned to my mentor, Alistair, and was in dialogue with him before I even launched. It was a great way to get into the ERA culture. As an experienced Franchise Partner, his insight and experience are priceless. He’s helped me to hone my skills and gain confidence in client meetings, as well as being a good sounding board. Being accountable to someone in this way helps focus your efforts.”

Perhaps surprisingly, after almost three decades in retail, David had no reservations about working from home. In fact, he’s found there are far more positives than negatives to his new home office: “Not needing premises was another thing that attracted me to ERA; it minimises your overheads and there’s no commute! I also like that I don’t have to take on staff or be responsible for anyone other than myself. You have to be self-motivated to work from home, but that’s never been a problem for me; the mentality being that in this business, you get out what you put in.”

For anyone considering franchise ownership, David has some sound advice: “Do a lot of due diligence and ask to speak to as many people in the network as you can. I spoke to a lot of consultants and, to their credit, they gave me an honest view of the business – including the challenges they’ve had to overcome. On a more general note, I think it’s important to consider what you enjoy doing. In my personal life, I like saving money! Whether it’s getting my insurance cheaper each year or haggling for a bargain on holiday… it gives me a buzz. I’m also a real people-person so, ERA was a perfect fit for me. This is going to be your life so, think about what you really enjoy when you’re looking at a franchise too.”

David puts his initial lead generation success down to following the system and good old-fashioned hard work: “I’m exploiting the personal business contacts that I’ve built up over the last 27 years. I’m making the phone calls, the LinkedIn connections and sending the emails – it’s what you’ve got to do. No one is above the hard work in these early months. I’ve got several meetings booked in from this activity already.”

Although David is undoubtedly busy, he’s careful to keep his goal of a more balanced lifestyle in mind. His new business allows him the freedom and flexibility to spend more time with his wife and teenage children, whilst still having time to watch football, go walking and be more involved with his local church.

“I felt that ERA would be a recession proof business that would be as rewarding for me personally as it would be professionally. So far, I was right!” 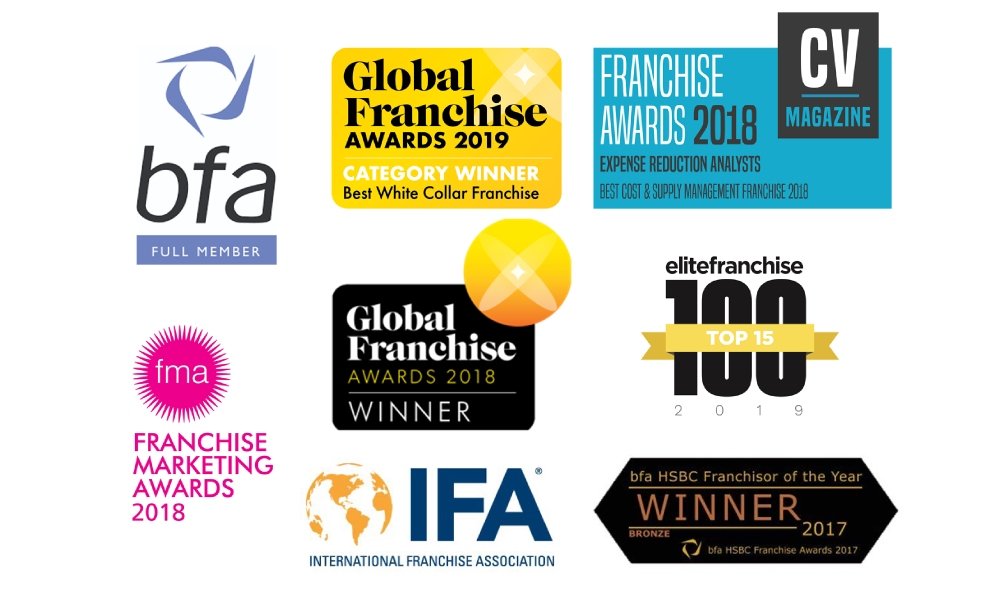 To find out more information please complete the form below and more details will be forwarded to you directly by Expense Reduction Analysts UK.

In submitting this form you are confirming you wish to receive information for the franchise system you selected. Franchise Top 10 confirm that you have given no commitment to purchase at this stage and your details will not be sold or passed to any third parties.